Liudmila has a Slavic name and it means “favor of the people”. This is exactly how I would describe her. She is fond of people and attracts those who admire her.

I met Liudmila when she was expecting her first baby. She hasn’t given me that impression though. Her knowledge about birth and raising kids was so deep and she was ready to accept and enjoy whatever life has prepared for her. Her baby girl arrived in a most gentle way. Liudmila birthed her little princess at home, without any medical help. She used her womanly wisdom and courage at full… 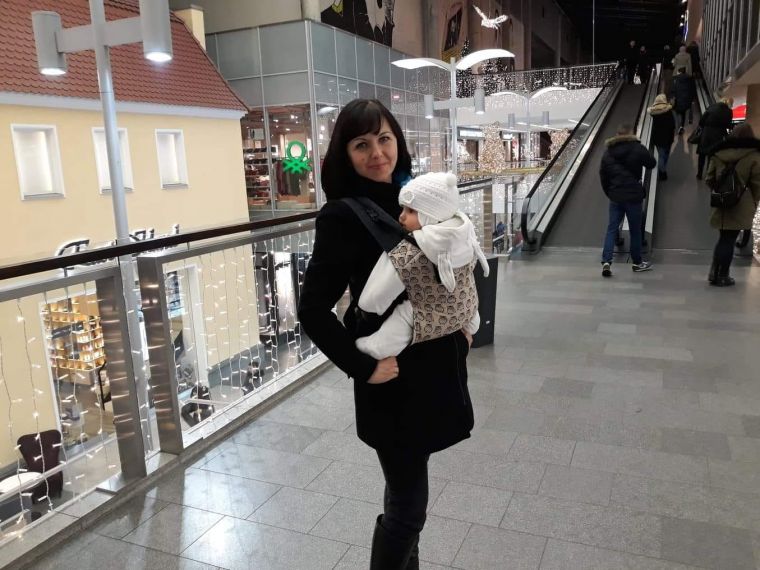 Evangelia grew and developed really fast. Liudmila soon realized that babywearing has many other possibilities. She participated in my babywearing course and tried using different kinds of baby carriers. Liudmila especially appreciated onbuhimo carrier which she used while out and about on the busy and narrow streets of Larnaka where parking space is a rare find.

I think that Liudmila is one of those mums for whom babywearing has become a natural part of parenthood. She developed a great skill which she is now happily passing on to fellow mums. We are still in touch and I will never forget the sweet little face of her baby Evangelia just 30 minutes after her birth…

Liudmila has a Slavic name and it means “favor of the people”. This is exactly how I would describe her. She is fond of people and she attracts those who admire her.

I had an honor to see her little baby Evangelia in the first moments of her life. I helped Liudmila to believe that she is not only the most beautiful birthing mum but she can also be the best and the most amazing mum for her little baby girl. Liudmila had to learn a great number of essential skills all at once and I was delighted to teach her babywearing..

Evangelia was born in June and spent the first months of her life in one of the hottest climates – on the island of Cyprus. So we chose the ring sling made of linen as there is nobetter way to carry the baby when it’s undeniebly hot. It took us some time as Liudmila’s little girl already had strong preferences. She preferred to be carried in a cradle position rather than upright, though it made breastfeeding easier. 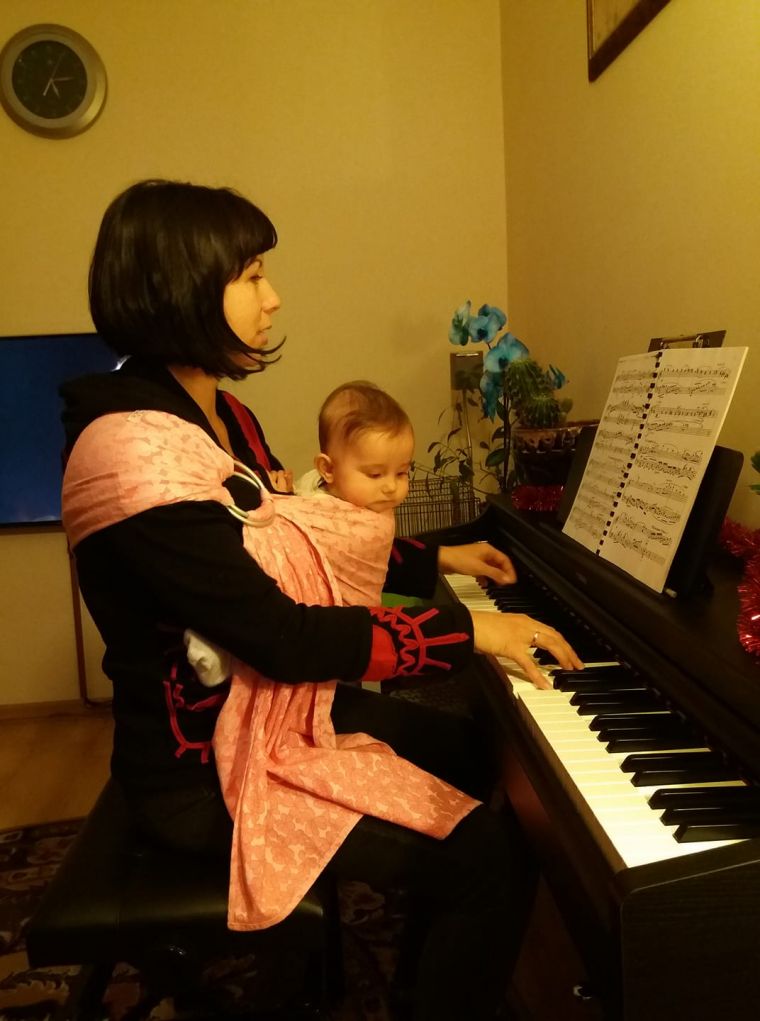 A word from Liudmila

It was hard for me to practice babywearing during the first months, when my baby girl was still very fragile and could hold her her head. It was hard to make her comfortable and to feel that she is safe and secure at the same time. From the third month of my baby's life sling became an essential item for me. I carried her all the time - I fed her in the sling, she slept in the sling, I went for a walk with my baby in the sling. Sling was my "best friend" and I felt great having it! We tried different types of baby carriers, different colors and styles. Sling was more than a baby item for me, it was also a garment that made me feel beautiful and stylish.

Babywearing is a truly special and essential part of mum's life with the baby!
© 2020 MyKroshka, All Rights Reserved